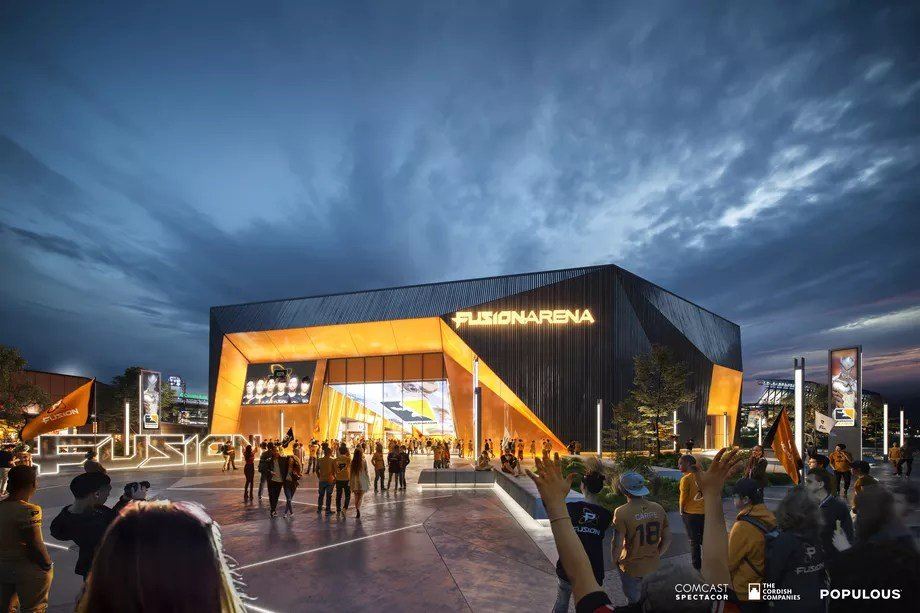 This article was originally posted on philly.curbed.com

One of the nation’s first Esports arenas is coming to South Philly, bringing a venue for competitive gaming and live entertainment.

The $50 million project is being headed up by Comcast Spectator, owner of the Wells Fargo sports complex, and their partner the Cordish Companies. It will primarily be home to Comcast-owned gaming group, Fusion, which is one of the Overwatch League teams, according to a statement from Comcast. They plan to begin construction this summer. Comcast is calling the project the “first of its kind” in the country, with 60,000 square feet of space and seating for 3,500 guests. Sitting next to Xfinity Live!, the industrial-style space, which is designed by Populous, will open with a 6,000-square-foot public entryway that features a large “interactive media surface,” hovering 30 feet overhead. The arena itself will include bars, club seats, and “exclusive suites,” according to the statement. While project may be the first of its kind in terms of size and specific amenities—like a training studio—it’s one of a handful of other esports arenas that have been growing in popularity around the country in recent years. There’s a much smaller esports arena in Santa Ana, California, and another in Los Angeles.

“Fusion Arena will set the gold standard for competitive gaming and debut on one of the country’s most exciting platforms of sports and entertainment amid Philadelphia’s professional sports teams,” Blake Cordish, Principal of The Cordish Companies said in the statement.

The project also marks the next step in a large-scale transformation project, which includes renovating the Wells Fargo Center, and constructing a new, $80 million office tower in the area.